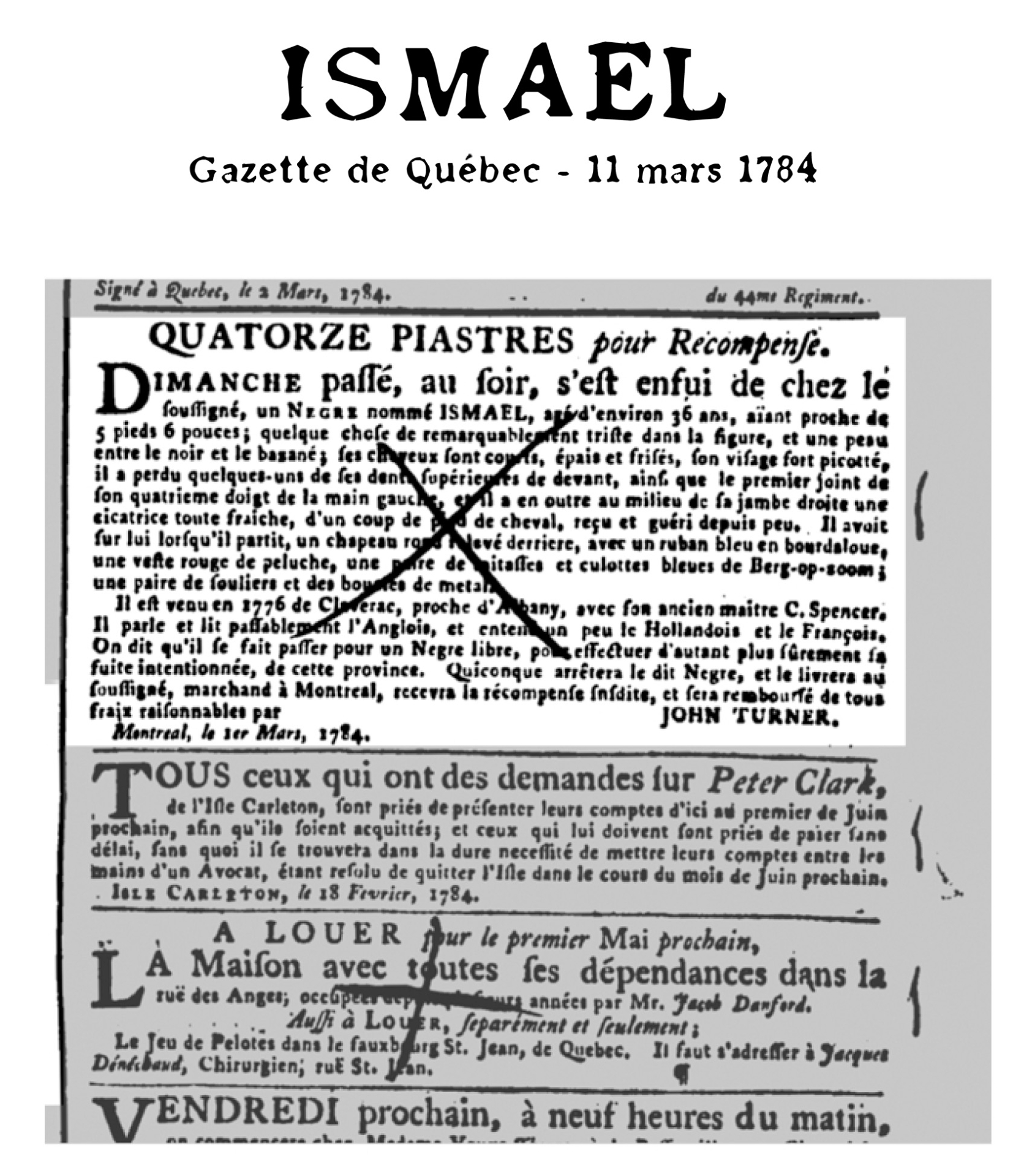 RUN-AWAY, on Sunday Night last, from the Subscriber, a Negro-Man, named ISHMAEL, about 36 Years of Age, and nearly 5 Feet 6 Inches high; of a remarkably down-cast Countenance, and a black and copper coloured mixt Corn plexion; his Hair is short, strong black and curly; and his Face much pitted with the small Pox. He wants sorne of his Upper-fore Teeth, as likewise the first Joint of the fourth Finger of his left Rand; and besicles, on the rn iddle of his Right-Leg, he has a fresh Eschar from a Horse Kick lately received and cured; had on when he went off, a round Hat cocked up behind and blue silk Band; a red plush Waistcoat; a pair of blue Bath coating Leggings and Breeches in one; and a Pair of Shoes and Metal Buckles. He came from Claverac near Albany in 1776, with his fonner Master, C. Spencer; can speak and read English tolerably well, and understands a little Dutch and French; he passes himself, 'tis said, as a Free Negro, the more easily to effect unoticed his intended Escape out of the Province.
Whoever will apprehend the said Negro-Man, and deliver him to the Subscriber, Merchant, Montreal, shall receive the above Reward, and all reasonable Charges from JOHN TURNER